Everything You Should Know About Blue Crab

Everything You Should Know About Blue Crab

Blue crab, this crustacean lives in both, water, and sand. The blue crab comes from the eastern Atlantic coast bays. Its meat is famous for its sweet and scrumptious flavor. Thus, making it a favorite item on any Crab Dinner Menu. This crab is easily recognizable in the Chesapeake Bay due to its popularity. This also gives the blue crab its other name: Chesapeake Blue Crab. Other names include Atlantic blue crab and jimmies. The scientific name of this crab is Callinectes Sapidus and belongs to the family Portunidae.

This blue crab is a swift swimmer. Its paddle shape rear swimming legs help it in doing so. It has a smooth shell that is of an olive-green color. The adult females have striking blue claws with red tips. While adult males can reach up to 9 inches in diameter and live up to around 3 years.

Male crabs, aka Jimmies, have an inverted T-shaped, narrow abdomen. While the females, aka sooks, have around and broad abdomen.

These blue crabs grow continuously and molt numerous times throughout their lifetimes. While molting, they acquire a softshell which is almost transparent.

These crabs can live in a variety of conditions. These conditions range from the rivers, sea, estuaries, and brackish waters along the coastal shelf. These species are omnivores making their diet vast. It consists of basically anything, such as animal and plant detritus, oysters, mussels, freshly dead fish, oysters, smaller crustaceans, etc. This delicious crustacean white meat is low in calories and fat. Surprisingly, around 100 grams of its claw meat only consists of 1.08 grams of fat and 87 calories.

Moreover, this scrumptious white meat is a great source of protein. The composition of their meat is 18.06 grams per 100 grams. Plus, it is full of all the essential amino acids in a healthy proportion.

Many studies show that making seafood a part of your daily diet reduces the risk of stroke, obesity, hypertension, and heart attack. As seafood is lower in saturated fat and has a higher amount of heart-healthy fat, i.e., polyunsaturated fat. It also includes high amounts of omega-3 fatty acids.

The American Heart Association recommends eating seafood due to its health impacts on the body. This is due to it containing fatty acids, a wide variety of nutrients, minerals, and vitamins.

The blue crab meat is also a great source of vitamin B6, thiamin, niacin, folates, and riboflavin.

These invertebrates, being at the bottom of the food chain, contain only a very small amount of heavy metals such as mercury. The FDA, i.e., the Food and Drug Administration, recommends that pregnant women should eat around 8 to 12 ounces which is 340 grams of seafood. This measure should be taken as it is lower in mercury level, hence benefiting them.

Moreover, the blue crabs are a rich source of minerals which include selenium, calcium, zinc, iodine, potassium, magnesium, phosphorus, and iron.

Thus, we suggest you make the blue crab a part of your daily crab dinner menu. It isn’t only beneficial for your health but it is also known for its delicious flavor!

How to Buy and Store Blue Crab?

We suggest you always buy live crab. This ensures that the crab is fresh. As you usually cook the crab in boiling water. Thus, put the live crab in cold water and slowly bring the water to a boil.

To store the crab always wrap it in a damp cloth before placing it inside the refrigerator.

How to Prepare it? Now comes the part on how to prepare this delicious white meat delight. Firstly, lay the crab on its back on a big chopping board. Make sure to hold the crab firmly with one hand to break off the tail flap of the crab. Remove the tail by twisting and bending it. Once the tail comes off, discard it. Do the same with the legs and claws to make them loose.

Next, hold the crab to stand on its head and insert a heavy knife between its shell and body. Twist the knife firmly so that the shell and body separate. This will expose the honeycomb body of the crab, then lift it out.

Now, detach the sponge-like stomach sac and then cut the body into quarters. Then, take a spoon to scoop out the creamy meat from the back of the shell.

Once you cook the crab, don’t worry if they change color. The claws and shell of the blue crab turn maroon after cooking.

What to Serve It with? The blue crab’s delicious, sweet meat makes it the prime dish on any Crab Dinner Menu. It also makes great pairs with multiple kinds of foods.

The mouthwatering recipes include the devilled crab. In this dish, you remove the meat from the shell. Then you cook this meat along with horseradish, mustard, and spices. Giving the sweetmeat a great savory touch.

Another dish is the crab mornay. In this, you combine the meat with gruyere cheese sauce. You further enhance the flavors by using sherry and mushrooms.

This crabmeat can also contribute to making delicious fishcakes such as Thai fishcakes. It is great in soups as well!

You can lightly coat the soft-shell crab in flour and then deep fry them. One such dish is the molted crab, aka Moheche Fritte. This is a Venetian delight in which you soak the crab between beaten eggs before frying it.

Whereas, in China, they serve these soft-shell crabs along with a spicy garnish of root ginger and chili. 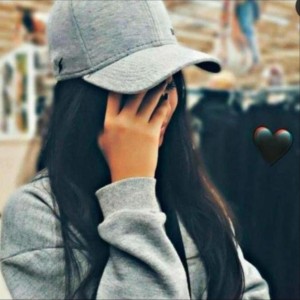 Hi there! I'm a professional content writer, dedicated to crafting stories that make an impact. My goal is to share meaningful stories and engage readers with the content I create. In my spare time, I like getting out in nature, cooking, and reading.