Top 6 Best Seafood Dishes to Order When in Greensboro

Did you know that seafood is a prevalent protein in the United States? Every year, Americans consume about 4.5 billion of seafood! That’s a big number! Shows exactly how much the people of the United States love seafood.

So how is it possible that you visit Greensboro NC and do not visit a seafood joint? Exactly! It’s impossible! Seafood is a must have in this place. There are many amazing seafood restaurants in Greensboro that you can visit when on a trip here. One of the top most seafood restaurants for seafood boil lovers is Red Crab Juicy Seafood. You must visit Red Crab if you wish to enjoy some mouth-watering traditional Louisiana-style ‘seafood boil at its best!

There is no doubt that seafood is a popular choice amongst diners. Which gives rise to the need of having multiple seafood dishes and options on the menu. While there are so many seafood dishes to choose from, some are more popular than others. With such a large variety of American seafood delicacies, it can be hard to decide which ones to go for.

This post will tell you all about it! We will walk you through some of the most popular seafood dishes that are a must try when you visit Greensboro NC. Let’s get reading! The first one is crab cakes! Crab cakes are a popular seafood dish in Greensboro. It is a type of fish cake that consists of shellfish meat, eggs and breadcrumbs, along with sauces such as Worcestershire sauce, mustard and some fresh herbs.

The concept of minced fish meat combine with other ingredients such as bread, comes from the ancient times when these ingredients would be scarce. It is believed that a certain type of crab cake was first introduced to the early colonies by English settlers. Therefore, the recipes for crab cakes dates back to the 19th century, where some show the use of bread crumbs while the others are fried.

Nevertheless, crab cakes are amongst one of the most popular seafood dishes in Greensboro and is loved by the masses to date. When you visit Greensboro this is one of those dishes that you must try!

Boiled Maine Lobster is another one of the seafood dishes loved by all. The simplest way of preparing a Maine Lobster is by boiling it. to make this dish, live lobsters are plopped into a large pot of boiling water which is seasoned with sea salt. The quantity of the salt used depends on how big the lobster is. Essentially the bigger the lobster the more salt and water you need and in turn more cooking time.

Once you have put the lobster to the boiling pot of water, it is essential to time it. You do not want to over-cook your lobster as that will make the meat tough and rubbery. This dish is served by almost all good seafood restaurants in Greensboro. If you wish to have the best seafood in town then do not forget to visit Red Crab Juicy Seafood!

One of the earliest and quintessential American seafood dishes is the New England Clam Chowder. This New England-style clam chowder is a creamy stew which is made with briny clams, chucks of salt pork, potatoes, sweet onions and milk. People of Greensboro simply love this dish and mostly enjoy it in winters.

It is said that this dish was invented by the pilgrims who had landed near the Plymouth Rock in 1620. With nothing to eat, they invented this dish. Turning delicious clams that they found on the shores of New England, into delicious chowder. How is it possible that your visit Greensboro and not have the classic crawfish boil!? This is one of those dishes that is not only loved by the people of Greensboro but by everyone all over the United States. This southern classic ahs not only won the hearts of people in the region but those all around the world. Seafood restaurants in Greensboro serve some of the best crawfish boil in the states.

This popular dish from Louisiana is the perfect example of how to create an amazing seafood dish with fresh seafood. Boiling crawfish captures its flavour perfectly, while also making it incredibly tender. This also allows you to season the dish to perfection. Along with crawfish this dish includes vegetables and ingredients like, lemons, celery, onions, potatoes, garlic, corn and is seasoned by herbs.

Lobster roll is a speciality made with cooked lobster which is drizzled with melted butter and then placed in hot dog rolls. Additionally, the hot dog sandwich might also include lettuce, lemon juice, salt and pepper sprinkled on top. Traditionally this dish is served with potato chips or fresh cut French fries on the side.

Many claim that lobster rolls we first served in Connecticut, while others connect it to Maine. Regardless of its origin the state of Mine continues to honour the tradition by offering multiple versions of this delicious treat that is now popular and served all over the United States. Fired catfish is a traditional specialty from the south of America. This is also one of the most popular seafood dishes served in Greensboro and is a must try for visitors.

To create this dish the catfish pieces are first soaked in butter milk and then rolled in a cornmeal mixture before they are deep fried in hot oil. It is the cornmeal crust that gives this dish its unique flavour and the crispiness on the outside. While the inside of the fillet remains soft and tender.

This dish is traditionally served with a side of cornmeal dumplings, tartar sauce, coleslaw and at times fried pickles.

What is the most ordered seafood?

The most ordered seafood in America is Shrimp. With an average person consuming about one pound per year. The second in line is Salmon which is followed by Tuna.

What is the best tasting seafood for beginners to try?

Cod, specifically Pacific Cod is the best fish to try for beginners. It has a mild taste, is slightly sweet with a delicate and flaky texture. It is a great first fish as it can be flavoured with a variety of flavour combinations.

What is the most popular fish in restaurants?

Where do you get the best seafood boil in Greensboro?

You will find the best seafood boil in Greensboro at Red Crab Juicy Seafood. Red Crab is known far and wide for its traditional Louisiana-style seafood boil. 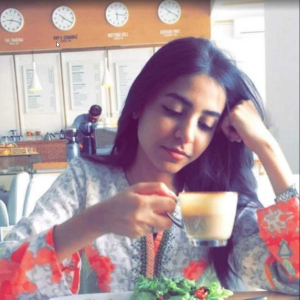