From Black To White – The Breakdown Of Cajun Roux

From Black To White – The Breakdown Of Cajun Roux

Cajun Roux is a thickening material, prepared from starch and fat. In most cases, it has butter and flour. Other starches that use as a thickening agent like tapioca, cornstarch, potato, etc. Each of them has its qualities and tricks for making. When we are making a roux, you can use any fat like oils, animal fats, and butter.

Red Crab Juicy Seafood is very famous for its Cajun seafood in Greensboro. If you are in the USA, you can try out this restaurant. Cajun seafood in Greensboro, prepared with specific seasoning, gives an authentic taste to Cajun meals. And this Cajun seasoning is the specialty of Red Crab, as it does not buy seasoning from retailers. Rather experts at Red Crab make it themselves, to ensure the uniqueness and authenticity of their taste.

Let us discuss two of the basic roux ingredients that are flour and fat. 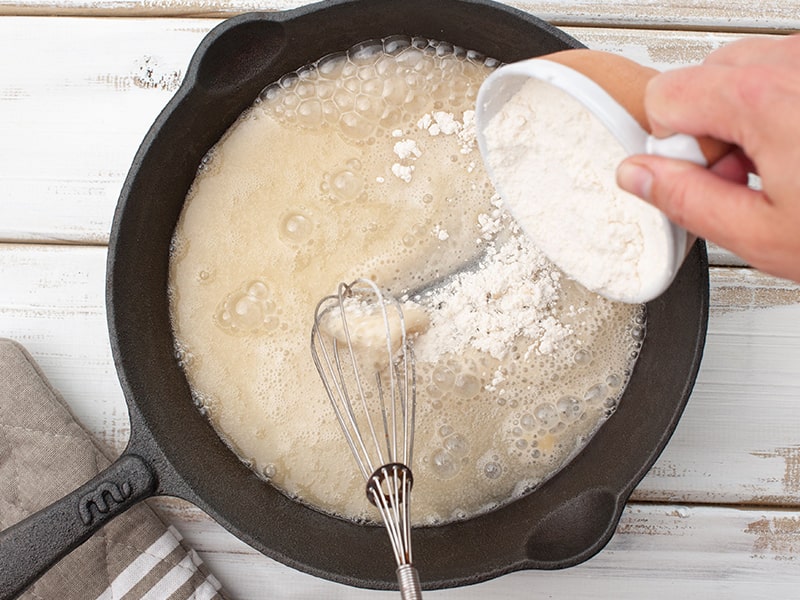 Flour is high in starch content. Starch gets swell when it absorbs some liquid in it and causes it to thicken. But if you add flour straight into the hot liquid it may not work for you. As starch becomes thick and sticky on heating. Basically, when a hot non-fatty liquid adds to the floor so the starch will begin to stick. So, these results in gravy lumps. All the small lumps in the roux are starch granules that could not absorb sufficient amounts of water before sticking together. The only way to save your sauce is to strain them. 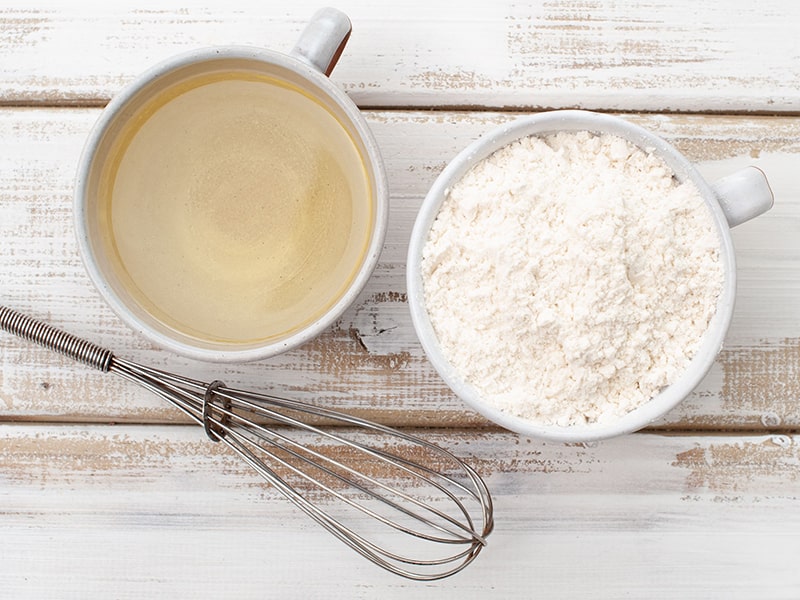 So, to avoid any lumps in your sauce, you have to add fat to a roux. You can choose any form of fat. When you add flour to the fat, all the starch and fat mix together thus giving starch a protective barrier. On heating that mixture, the starch will absorb its maximum liquid. When the sauce thickens while you are whisking it, it is the swelling of the starch granules.

Roux is the starter for many things. In French cooking, roux is the foundation of four to five mother sauces: Veloute, Bechamel, and Espagnole. You can make many sauces from these mother sauces. With the addition of various items and ratios, we can make a Bechamel and Mornay sauce for making mac and cheese. We can also turn Veloute into rick gravy to make pot pie. Or you can also turn Espagnole into a decadent demi-glace that you will love to eat with your steak. Each of the mother sauces is just like a blank canvas, so you can add your imaginary flavors to it. These sauces are the foundation of many dishes, and the base of these dishes is a roux.

The Breakdown Of Cajun Roux (From Black To White) 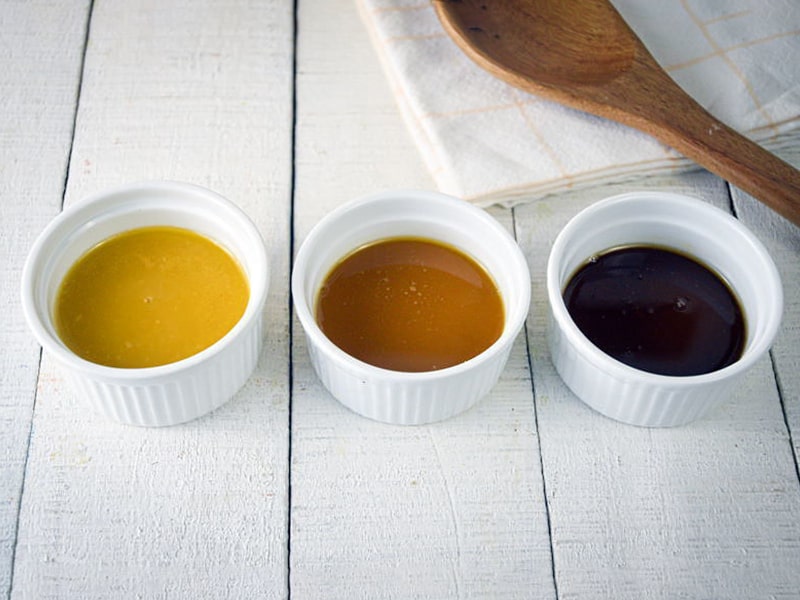 The typical stages in the Cajun roux discuss below. 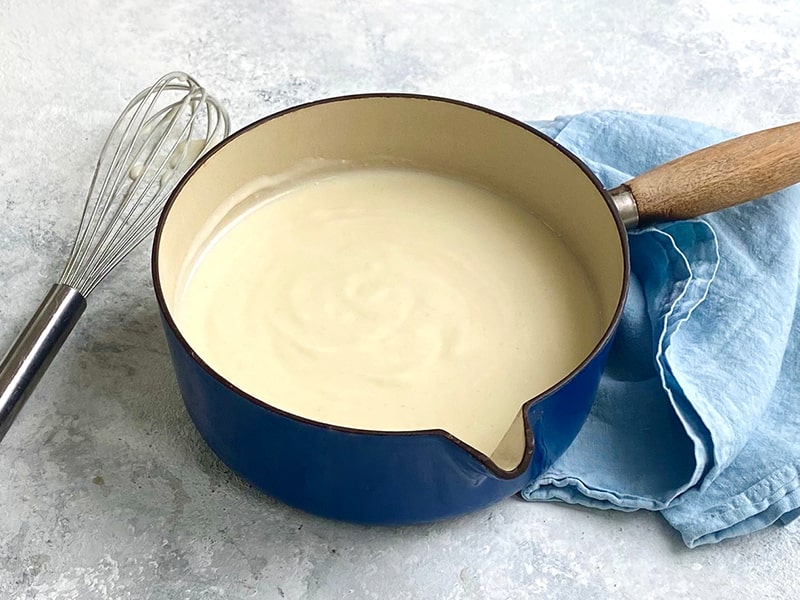 In white sauce, simply melted butter and flour whisk in together. You can cook this but slightly. It usually cooks to a boil for a while because butter has water in it. Then the liquid adds without heating it to stop the cooking process. This roux uses for thickening the liquids. This type of roux uses in Bechamel sauce or Sawmill gravies. 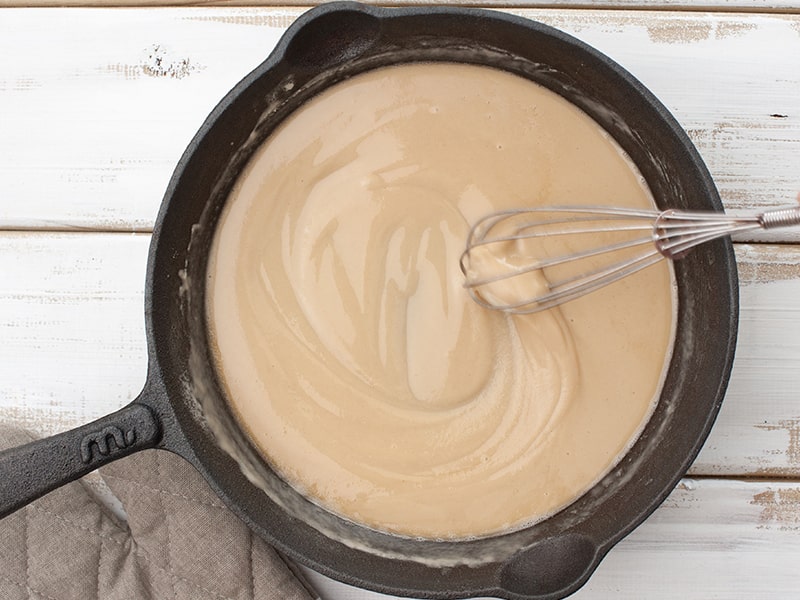 Just like its name this white roux when slightly cooked to a smell of white bread becomes blond roux. This type of roux should have the slightest light khaki color and its flavor is very subtle. You can mainly use it in cheese Moray sauces, Veloute sauces, or for the thickening of clear soups. 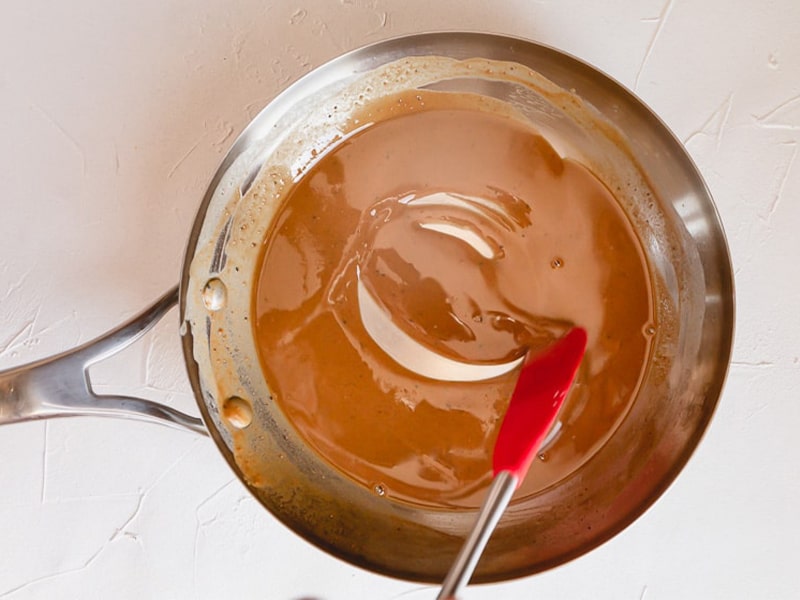 This roux prepares when you continue blond roux cooking until it turns its color to light brown or tan. It smells like lightly toasted bread. This roux has a little more flavor, so it uses in many dishes like beef gravy or Thanksgiving turkey gravy which goes well with protein like steak. 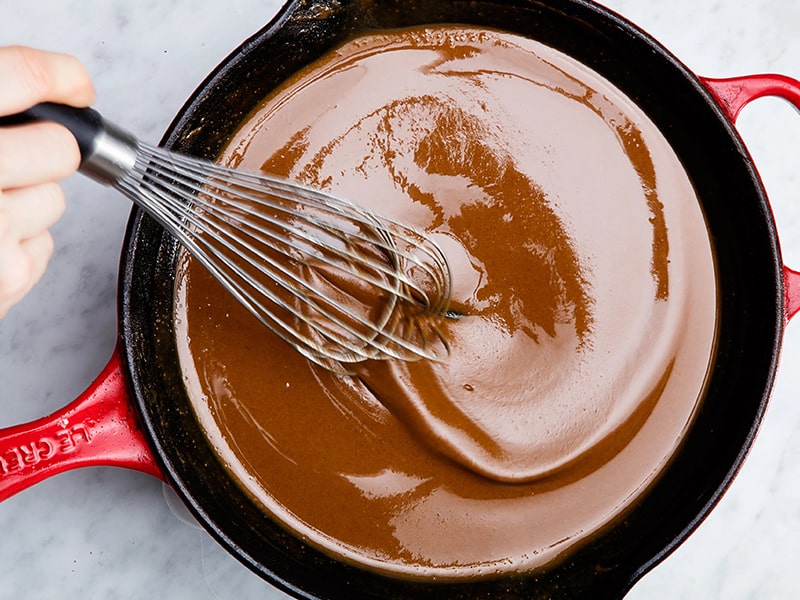 Cooking brown roux will taste like freshly baked artisan bread. It gives you depth and the nuttiness of the flavor of your liquid. Brown roux gets its color due to the long cooking of basic roux. This brown roux uses in many braised dishes or stews as they have bolder flavors. 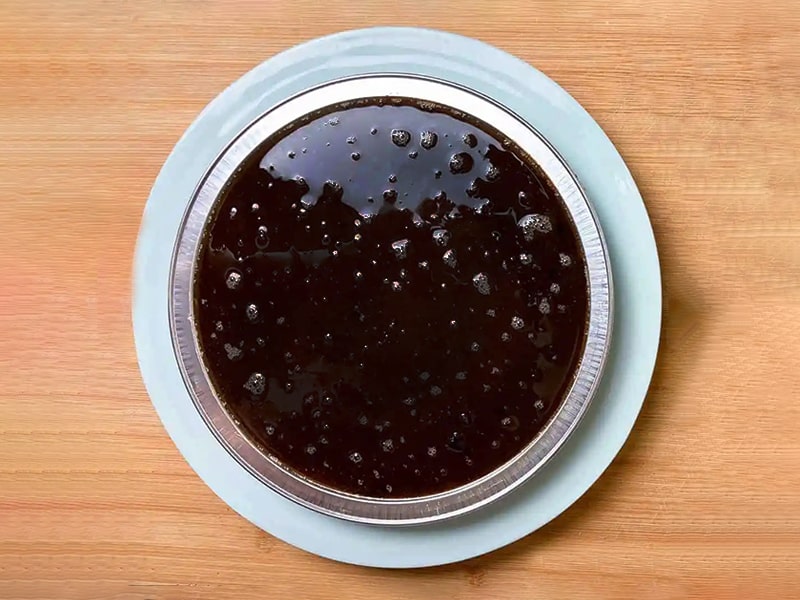 The black roux is not a very famous type of roux. It is strictly used in Cajun and creole cooking. When you are at the stage of dark brown roux, then you have to reduce the heat and continue cooking it with continuous stirring. At this point, a roux has a high risk of burning so you should be attentive at that time. However, the time between the true black roux and the burnt roux is almost around 45 seconds, so be attentive.

Black roux is mostly used in Jambalaya or Gumbo, your veggies and meat should remain prepared all the time. So, when you smell deep toasted bread it is a sign that roux should begin taking a reddish hue. The moment when you smell a scent just like popcorn then, you have to add meat at that point. Then it just starts to burn and get a taste of smokiness. At this point, the roux will pop like crazy. It lowers the temperature of the roux, but you have to cook the roux for another minute. When you start to smell the meat, it is the point when you have to add your veggies. These vegetables will release some water and lower the temperature of the roux, ultimately stopping the cooking process.

The color and flavor of roux vary based on how hard they are cooked. A light roux is cooked until it is smooth, and the starchy flour flavor has disappeared. A blond roux is butter flavored and cooked until it becomes tan in color. Both can be used to stiffen white or cream sauces, as well as light soups.

Why does my gumbo roux separate?

If your oil separates, it means your roux lacked thickening power. The more you cook the roux, the less thickening power the flour has. To compensate for this loss, add some raw flour after your roux has reached a deep copper brown color.

How dark should my roux be for gumbo?

A dark brown color is best for gumbo and seafood gumbo. It takes 30-45 minutes to make a dark brown roux—it can take more time relying on your flame scale and slow is best.

What is Cajun roux made of?

Roux (pronounced “roo”) is the base for many Cajun and Creole recipes, including gravies, sauces, soups, and gumbos. Despite its simplicity, roux, adds incredible flavor to a wide range of recipes. Roux is a thickening agent made from flour and fat (oil, butter, or lard).

A huge number of local people visit the restaurant to enjoy Cajun seafood in Greensboro with their family and friends. But roux is one of their favorite ingredients in Cajun dishes. Roux is a critical sauce to make. From roux, you can make many mother sauces like Bechamel and many more. Different dishes have different types of roux like white, brown, blond, or black roux. Black roux is strictly used in Cajun cuisine. 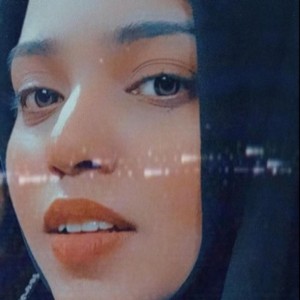 Laiba Rafiq is a content writer with years of experience in crafting engaging and informative content. She specializes in creating compelling reviews, blog posts, articles, and other written materials. With an eye for detail, she takes pride in delivering high-quality work that resonates with readers. Laiba is passionate about making an impact through her writing and strives to make a difference with every piece she produces.