The United States is the third-largest consumer of seafood in the world, after China and Japan. Much of this fascination and love for seafood stems from the culinary tradition that is Cajun cuisine.

Cajun food is popular for its rich and spicy notes and intense heartiness. This style of food developed in the southern parts of the States. It came with the Acadian immigrants who after fleeing Canada in the 18th century, settled in the South.

Rural French cooking is the inspiration for this style of cuisine. Cajun spices were developed by a group of people that lived off of that land.  And through centuries and various cultural influences gave rise to the Cajun cuisine you are familiar with, served by every Cajun seafood restaurant throughout the United States. We mentioned before that Cajun seafood originated from French land and their spices traveled all the way across the world and gained popularity in America. It was the Acadians who are responsible for introducing Cajun spices to the States. These are the original French settlers who came to North America initially.

Later in the 17th century, they migrated to Canada and settled in the maritime provinces. These people would live off of what was available in their surroundings. They had to modify the traditional recipe they brought along from the French countryside depending on the availability of ingredients in the area.

Originally, these recipes involved an assortment of vegetables and meat cooked together in a big pot with a thick sauce. Most of the ingredients of the traditional recipe were not available in the land the Acadians settled in. They had to resort to whatever was available and catch fish from the adjacent sea. Moreover, new kinds of foods grew on the land.

However, soon enough the Acadians swore allegiance to the British crown and most of the people left the settlement. It is then that this group of people moved to the south in Louisiana. The land where true Cajun cooking started.

Cajun Cuisine in the Making After settling in the south of the United States, the Acadian people once again had to change their cooking and recipes based on what was available to them. The meat and vegetable choices once again were different. The southern area had access to the Gulf of Mexico and the sea animals of the local bayou. This meant that the primary choice of meat for the dish was seafood. Thus, the Acadians had to develop their cuisine around crabs, oysters, shrimp, crawfish, catfish, and even alligators. This was wildly different from their choice of ingredients near the North Atlantic Ocean outside Canada. There they had access to fishes like salmon and cod and another interesting addition was lobster. This is when seafood became the core of Cajun-style cooking.

Previously, their conventional staple for the recipe was potato, which then became rice. This is because rice was readily available and grew in abundance due to the favorable warm and humid weather of Louisiana. Moreover, bell peppers became the alternative for carrots in the recipe.

With time, the cuisine was influenced by other cultures and exotic spices like black pepper and cayenne were introduced to the Cajun style of cooking. Different styles of cooking, spices, ingredients, and textures from Native Americans, African Americans, and the Spanish made their way into Cajun food. All of these diverse influences equally factored into creating the Cajun spices and cooking as we know them today.

The Cajun Seafood as You Know Today Now let’s talk about what Cajun food looks like.

Seafood is still the heart and core of Cajun dishes, but they maintain the long-lasting Acadian tradition of incorporating whatever is easily available. The basics of Cajun cuisine remain the same and include onion, green bell peppers, celery and a special roux. These signature Cajun spices and ingredients are integral in achieving and replicating the Cajun seafood’s original flavors.

The most famous and traditional Cajun dishes are jambalaya, which is a dish centered around rice. Boudin and boudin balls are pork and fried pork sausage with rice and gravy. Gumbo is a soup made with okra and shrimp. Around festivals and big family celebrations dishes like Cochon de Lait, Boucherie, crawfish boil, and the rural version of Mardi Gras are cooked. Cajun seafood is not just tasty and fiery on the tongue but is very healthy. It is advisable by nutritionists to consume at least two portions of seafood each week. However, the sad part is that many Americans do not follow these guidelines. This is because many feel that seafood is too expensive or very difficult to prepare. The easy way to get around this problem is to consume seafood through Cajun seafood boil and simple dishes of crawfish, salmon, and trout. you must frequent a Cajun seafood restaurant frequently, as with these dishes as your meal twice a week you will stay healthy and fit. Cajun seafood also involves a variety of shellfish that many people find enjoyable. You can also enjoy dishes like crawfish boil at dinner meals with the whole family around.

The Many Health Benefits Many studies show that consuming seafood can reduce your risks of developing stroke, depression, dementia, and heart disease. While Cajun seafood is very delicious, it has more to offer than just a good meal. It can be your key to a happier, healthier, and longer life! So do not wait and avail this benefit now. If you do not want to cook at home, then you can always check out a Cajun seafood restaurant in your area. 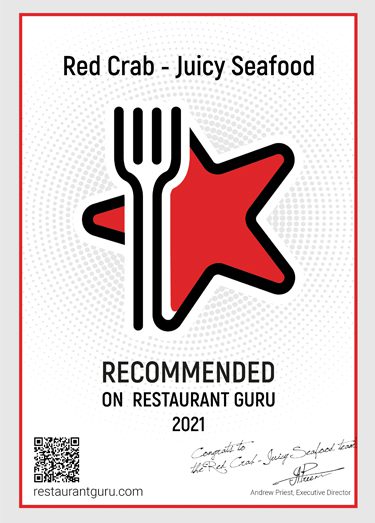